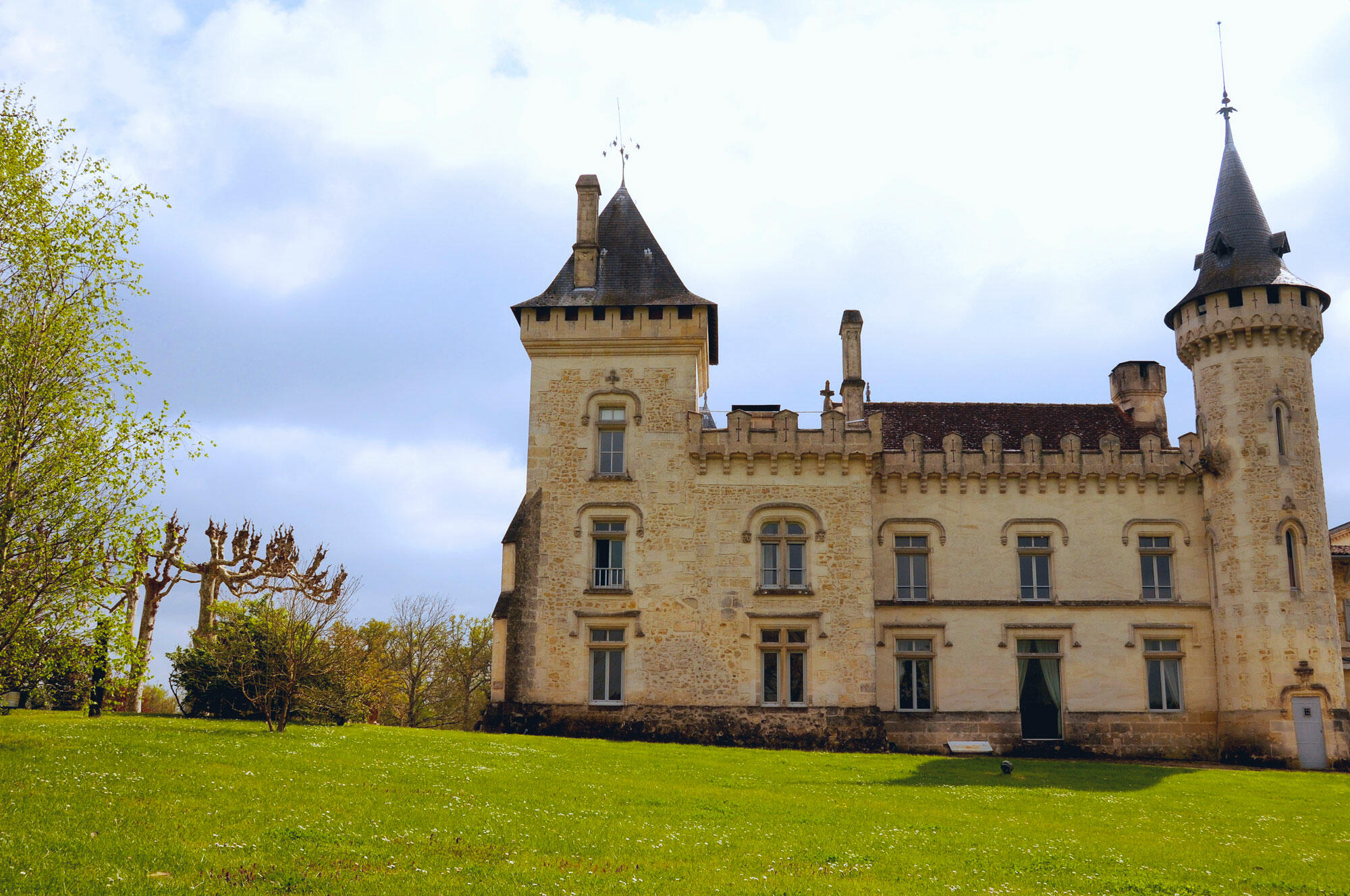 The origin of Château Carignan dates back to the 11th century. The story goes that the Lord’s domain of Carignan was built on the site of a Roman villa and was a gift from the King of France Charles VII to Jean Poton de Xaintrailles, a companion in arms of Joan of Arc. The château, rebuilt in 1452 by Poton de Xaintrailles, went on to be owned by illustrious figures such as the Montesquieu family and General Etienne Donna, aide-de-camp to Joseph Bonaparte. And the successive families that lived there all managed to conserve and improve it and to add their touch to its wines.
Several centuries later, Château Carignan still has its astonishing feudal charm and has become a magnificent property of 150 hectares, 65 of which are planted with exceptional vines. Situated a few kilometres from Bordeaux, on the “Right Bank”, in Carignan-de-Bordeaux, Château Carignan produces wines from vines that grow vigorously on the clay-limestone hillsides covered by stony fluvial deposits and facing south and southwest. The majority of the vineyard is planted with Bordeaux’s flagship vines with a majority of Merlot as well as noble varietals such as Cabernet Sauvignon and Cabernet Franc.