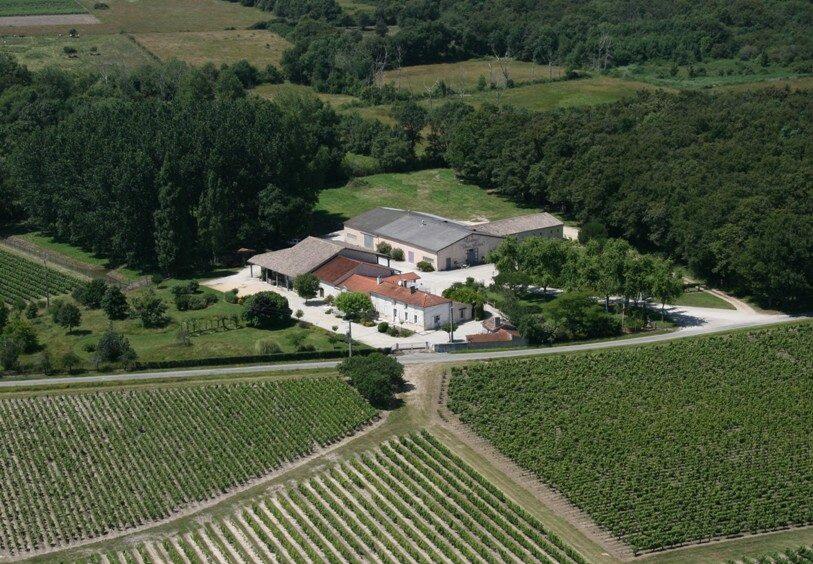 Since 1840, five generations of winegrowers have succeeded one another on this property which, until the end of the last war, was more modestly called “Aux Anguilleys” then “Domaine des Anguilleys”.

To optimize the marketing system then in force (brokers and merchants), the Domaine took the name of one of the plots and became Château.

In 1950, Mademoiselle Fontaneau married François Dufau, owner in the hamlet of BY. Thus appeared the union of Château Les Anguilleys and Château Vieux Robin (name of a vineyard plot) which, for more than forty years, has reached the rank of "Cru Bourgeois du Médoc".

In 1985, the Dufau / Fontaneau family passed the baton to the Roba family, parents of the current owner Maryse Roba. In 1973, the latter crossed paths with Didier Roba, an adopted Médocain of Belgian descent. The couple will quickly form an astonishing duo of complicity and complementarity in the service of the development of "Vieux Robin".

The wisdom and knowledge of the elders, the continuous work of Didier, the dynamism of Maryse, the involvement of their son Olivier, allied to an exceptional terroir: such is the recipe of this equally exceptional family.

For half a century, the estate has been regrouped and enlarged, and now covers 24 hectares, 20 of which are in vines and 12 in one piece. Over time and inclement weather, the vineyard, which has since been rebuilt, has an average age of over forty years.

The commitment chosen then favored Cabernet Sauvignon which dominates nearly 60% of the planted area. The black Merlot comes next with 35%, the rest being shared between the Cabernet Franc and Petit Verdot grape varieties.

Conventional tillage methods prevent the proliferation of unwanted grasses as well as the integration of manure and compost into the soil.

About a month before the presumed harvest date, maturity checks are carried out on each plot. These samples at regular intervals make it possible to determine an order of picking of the plots according to their level of maturity, as well as a blend of grapes of identical quality in the same vat. These checks, carried out at similar times from one year to the next, have made it possible to establish a real qualitative map of the vineyard. Château Vieux Robin and Les Anguilleys can also, thanks to the annual monitoring of the assemblages of the different vintages, design an “à la carte” harvest, at the optimum stage of maturity. A performance that the harvesting machine can then achieve, thanks to exceptional flexibility of use, all associated with manual harvesting.

The plot selection of our vines allows us to work out the different ones with great precision.

Established very traditionally in narrow rows and low trellising, the vineyard has more than 7,500 vines per hectare, which requires a significant workforce.

From pruning carried out from December to March until the harvest, the vineyard is constantly monitored and assisted. Tying up vines and maintaining the trellis are also winter jobs. In spring come the suckering (elimination of suckers or infertile shoots) and the lifting of the branches as they grow, in order to train them in the direction of the row. This work, all manual, carried out in several passages will continue until mid-summer. They are combined with mechanical work, topping and trimming (regulation of growth), anticryptogamic treatments against downy mildew and powdery mildew, and soil work.

We have always favored sustainable cultivation for the protection of the environment. These years of hard work, studies and research assisted by the French Institute of Vine and Wine (IFV) have resulted in the "HIGH ENVIRONMENTAL VALUE" distinction.

Pioneers and experts in vines and wine since 1950, we offer a complete range, the result of the combination of nature, work and creativity. Our wines are beautiful and good, reflecting the diversity of a flourishing vine and a work appreciated at its true value.

The wines have a long history of dependable quality as a standout among the Cru Bourgeois.