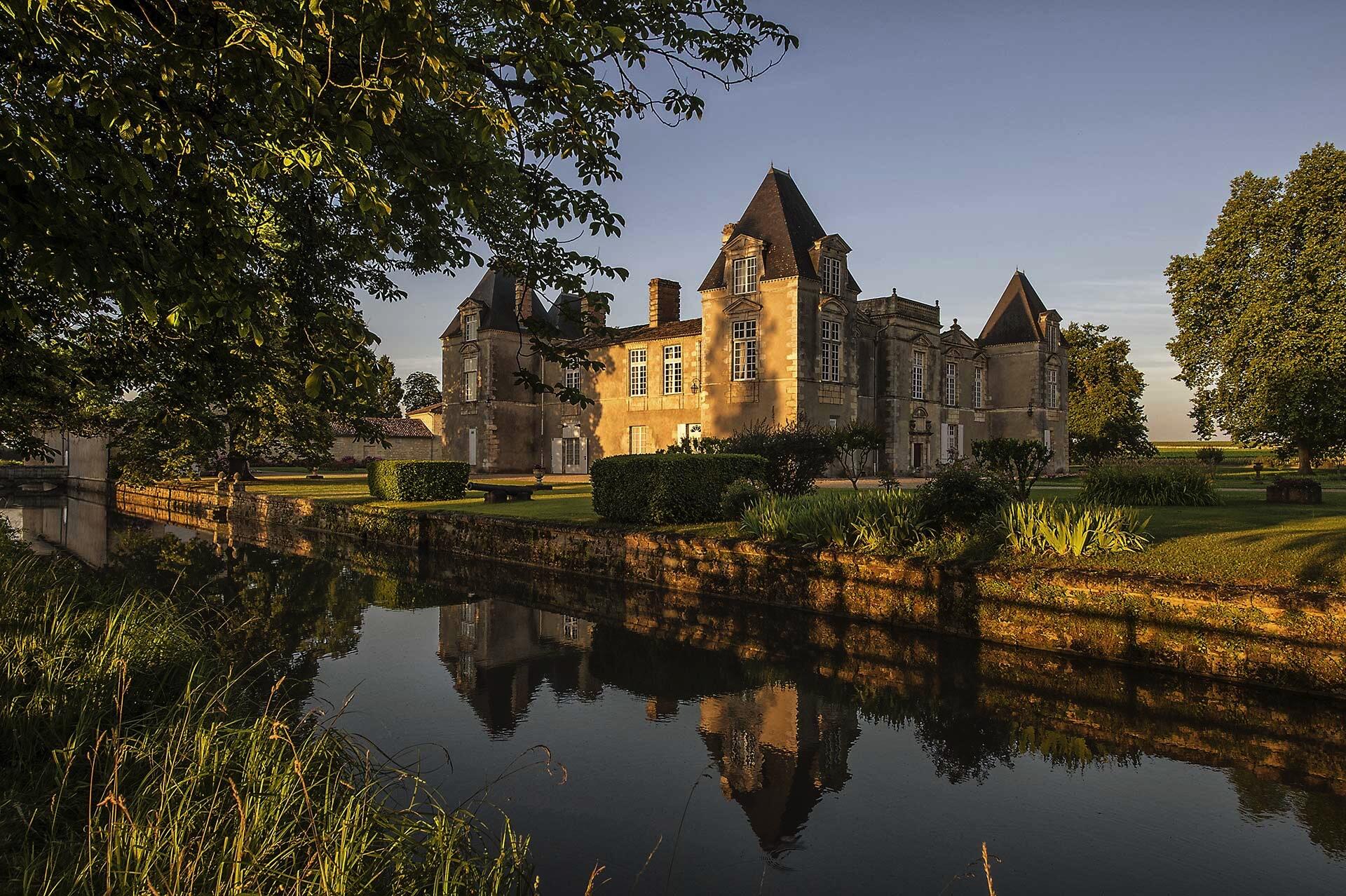 The Bordeaux wine growing area is known for its variety of soil types and sub-soils. To the right of the historic path that leads to Château d’Issan are our Bordeaux Supérieur AOC plots. They are the closest to the Gironde Estuary. The soil there is mainly clayey limestone and therefore particularly suited to the Merlot grape variety, which dominates in this part of the vineyard. Generally, it contributes 90% of the blend, which is unique in the Medoc. The ruins of the old 17th century windmill, which gave this wine its name, are still in the middle of the vineyard. This wine expresses the richness, the suppleness and the fruit of its origins; it has been on the market since 1988. Its annual production is about 40,000 bottles.

Blason d’Issan, our second wine, was introduced from 1995 onwards to enable selection amongst our vines growing in the Margaux appellation area. Fruit from our youngest vines is used to produce this wine, which respects the identity of its terroir, while offering a tasty round fruitiness, which can be enjoyed earlier. Blason d’Issan is also aged in barrels for 14 to 16 months, one third of which are new. Annual production is around 120,000 bottles.