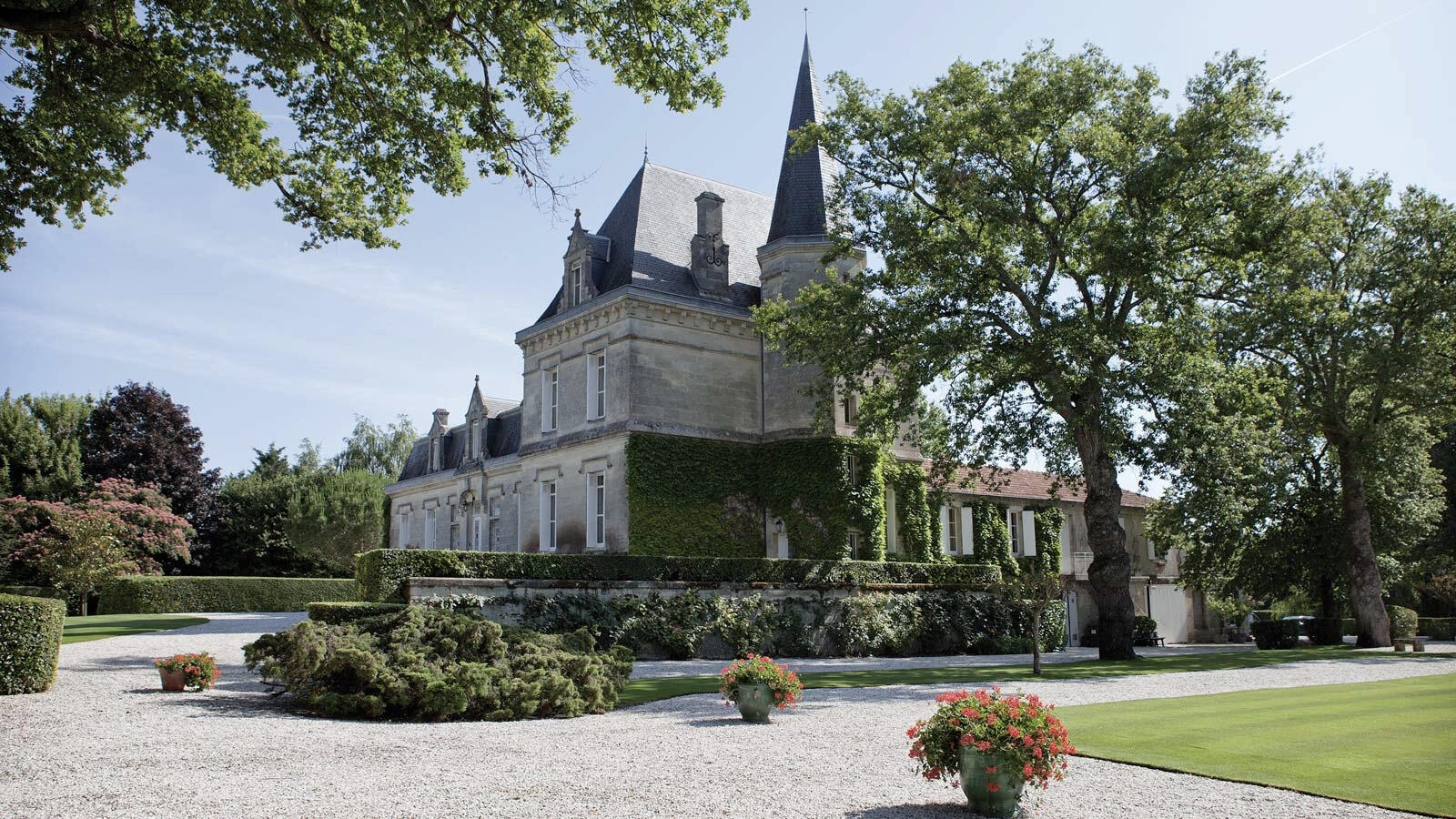 Château Bellegrave lies in the south of Pauillac, between Château Latour, Pichon-Longueville and Lynch-Bages.
Formerly the property of the late Mr Armand Roux, the estate was purchased in 1901, by his business partner
and sole heir, Mr H. Van-Der-Voort, a trader in San-Francisco.
It was in 1997 that Mr J.P Meffre, already the owner of Château Du Glana and Château Lalande in Saint-Julien-
Beychevelle, bought it.
Originally from the Comtat Venaissin in the Vaucluse region of south-eastern France, it was in 1954 that
Gabriel MEFFRE, a renowned nurseryman in search of places to sell his plants, discovered the Médoc and
bought several estates in Saint-Estèphe, Pauillac and Saint-Julien.
Today, his grandsons, Ludovic and Julien, run this new estate.
“We are convinced that Pauillac is the promised land for Cabernet-Sauvignon, the ideal spot for its strength
and elegance to express themselves. Our passion for our art drives us on in our search for the most judicious
balance between modern methods and the respect for tradition, to ensure that Bellegrave expresses its potential
to the full.”

A very unusual vintage! Even though the first six months of the year were particularly rainy, flowering took place quickly and evenly during one of the rare dry spells. This period was followed by a long stretch of hot, dry weather lasting from mid-June to mid-September. This series of extreme conditions raised fears about the fragility of grapes and vines. However, meticulous work in the vineyard made it possible to anticipate and protect vines from the drought this summer and to reveal the crop’s full potential. The harvest was very spread out and the grapes in each plot were picked when perfectly ripe. Every aspect of 2016 was conducive to producing a great vintage! «Ideal ripening in 2016 enabled us to make very rich, deeply-coloured wines with no heaviness or hints of cooked fruit. They are very fresh on both the nose and the palate and have huge ageing potential!»