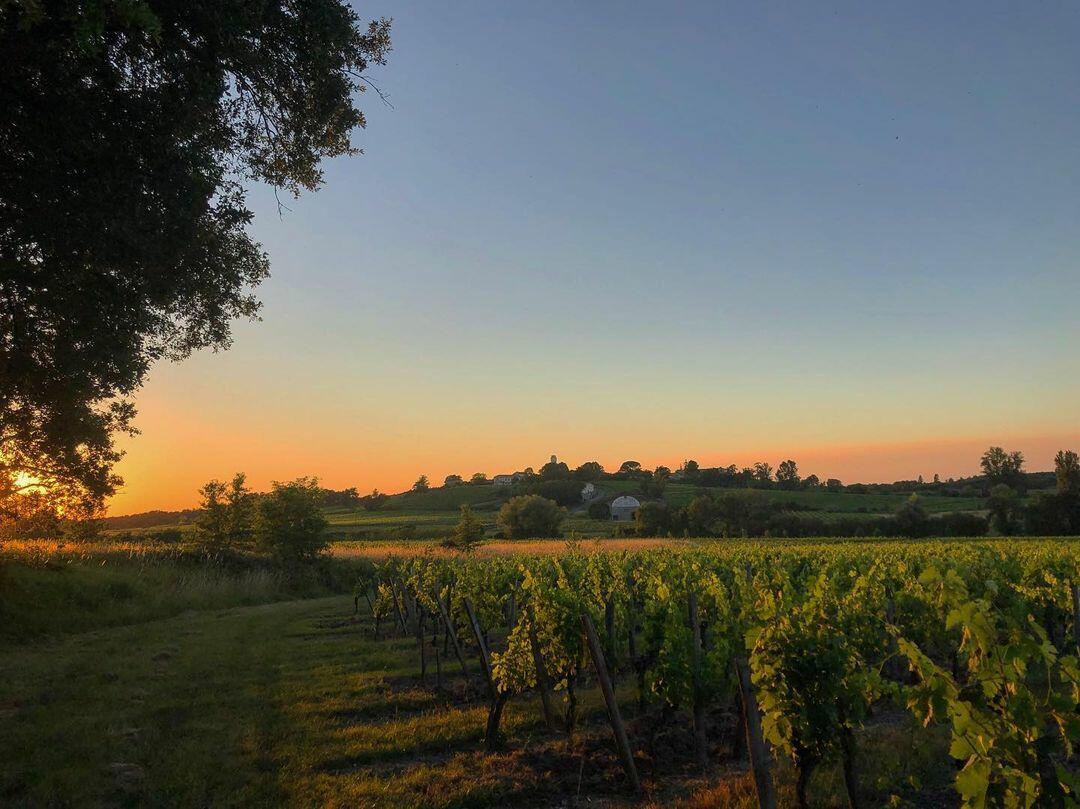 Welcome to Château Laulan ! We are a young couple, Joann and Quentin, whom recently took over the property.

Originally established in 1982, Château Laulan is a winery with 11,4ha of vines located in the Francs - Côtes de Bordeaux appellation,
approx. 15km from Saint-Emilion. Francs dates to the 5th century, when the region received its name from an army of Franks who won
a battle at a place called Ad Francos, later changed to Francs. It’s home to 42 winemakers over 425ha of vines, making it one of
Bordeaux smallest AOP.

Merlot, Cabernet Franc, Cabernet Sauvignon and Malbec are planted on clay, loam and limestone. We are restructuring the
vineyards at the moment and planting white varieties. Most of our grapes are mechanically harvested and vinified in raw
concrete tanks without any sulfites. We have a few TEDEM oak barrels (500L) and TAVA amphoras (750L) which enable us to experiment
and ferment smaller plots of a specific variety.

We are certified HVE 3 since 2019, and currently in the 2nd year of organic certification with Ecocert.

A true expression of the terroir of Francs the smallest AOP in Bordeaux, near Saint-Emilion. A lovely blend of Merlot, Cabernet Sauvignon, Cabernet Franc and Malbec. Aged for 12 months in concrete tanks and 6 months in oak barrels.

Château Laulan Quintessence reveals a beautiful dense colour with velvet tints, an aromatic intensity of fresh black fruits aromas supported by notes of vanilla and smoke. Structured tannins supported by the oak character. The charm of ripe blackcurrant fruit and aok on the palate gives the wine a great balance and length.