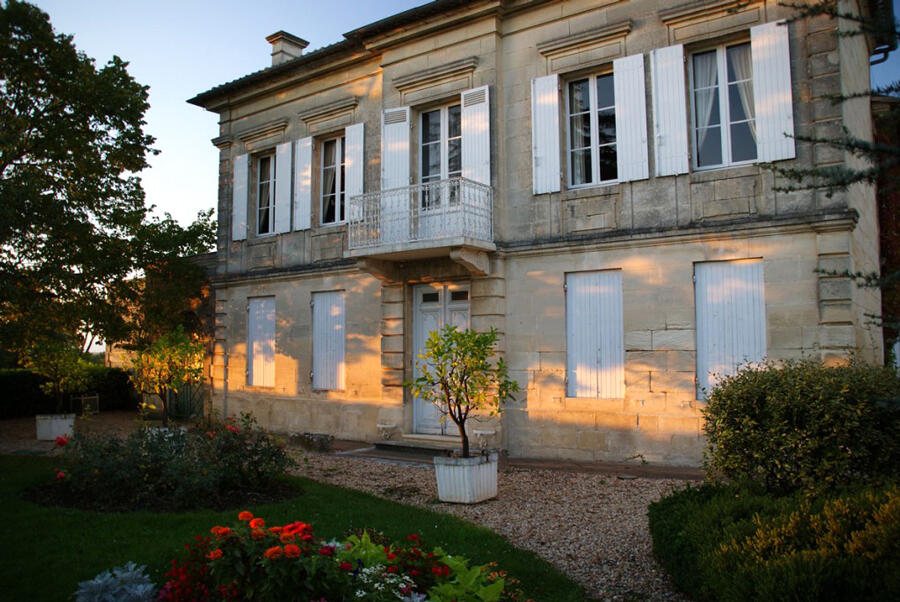 The vineyard of Château La Croix de Gay is currently being developed by the Raynaud-Lebreton family, descendant of a line of Pomerolais winegrowers dating back to 1772 but settled in the town since at least 1477. The ancestors of the Raynaud-Lebreton family, Mathelin and Michel Barraud indeed received, on this date from the Order of the Hospitallers of Saint-Jean-de-Jerusalem, for exploitation, land in the center of the Pomerol plateau. This tenement of the barrauderie corresponded to the lands of the current Pétrus, the Evangile, the Conseillante, Gazin, Petit Village and Vieux Château Certan 2 castles . While the XVIII th century advent brand of quality vineyards in Libourne in 1772 Pomerol church records indicate activity winemaker Jean Brugnet ancestor in the sixth degree of the current owners of Château La Croix de Gay. This therefore probably establishes the Raynaud-Lebreton family as one of the oldest to directly highlight the exceptional viticultural aptitude of the Pomerol terroir. During the XIX th and XX th century operation was transmitted by women.
From generation to generation their husbands passed on a family winegrowing know-how and a knowledge of the Pomerol terroirs, a guarantee of the regularity and quality of the wines of the property.
Thus followed one another:

Barthélemy Larroucaud (mayor of Pomerol from 1871 to 1874 then from 1876 to 1883),
Jean Angle (founding member of the wine-growing union of Pomerol, cellar master of Gazin (M Quenedey), Rouget (M Cabanes), Certan (Demoiselles de May) and for Abbot Antoine Faure, parish priest of Pomerol from 1861 to 1905,
Jean Marie Barraud (mayor of Pomerol from 1912 to 1919, first assistant secretary and founding member of the Pomerol wine association).
Jean Angle particularly developed property, imposing brand Château La Croix de Gay dice the end of the XIX th century and agreeing to sell its wine at prices equivalent to the classified growths of the Medoc in 1855. The assertion of the quality of the wines of Château La Croix de Gay after the Second World War owes a lot to Noel Raynaud.
However, in 1997, after 51 harvests (1947-1997) and a life devoted to his property and to the Pomerol appellation (active member of the union and founding member of the Brotherhood of Hospitallers of Pomerol (1968)), Noël Raynaud definitively joined this land he loved so much. His wife Geneviève Raynaud née Ardurat then entrusted their daughter Chantal Lebreton with the responsibility of operating the Château La Croix de Gay. She was joined in this task for the 2009 and 2010 harvests by her brother Alain Raynaud. After the death of their mother Geneviève Raynaud in 2009, Alain Raynaud and Chantal Raynaud-Lebreton took different paths. Alain sold his stake in the property; Chantal, supported by her husband and her children, chooses to continue the family work. Refocused on the historic heart of the vineyard, benefiting from restructured facilities in our hamlet of Pignon, surrounded by a team that accompanies us every year in the expression of the terroirs and continues with us the winegrower gesture, the intimate history of our family with this Pomerol terroir that it loves so much, is perpetuating itself.

The principles governing the cultivation, vinification and aging of Château La Croix de Gay wines aim to betray neither the terroir nor the elements. Each year, we support the grapes they have allowed us to vinify and the wine they have entrusted to us for aging to achieve the highest possible quality.