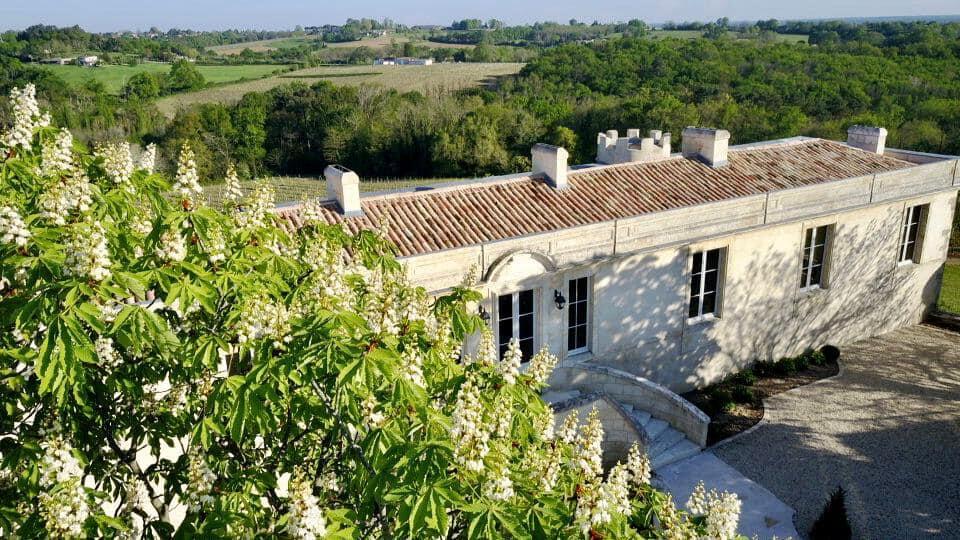 The history of Château Haut Peyrat goes back a long way. Its oldest stones date from the 16th century. Historically recognized wine property, its architectural profile and its production evolved over time and the different owners. The castle was the home of several noble families including the Dalesmes de Saint Clément or the Lassime, members of the Parliament of Bordeaux. Driven by their common passion for wine and by a new life project, Isabelle and Didier Gil acquired the estate in 2014. Thanks to a complete renovation, the estate, the gardens, the vineyard and its surroundings now reveal all their historic charm.
The dovecote, the well and the lower parts of the castle are contemporary with Henri IV. The date 1571 is engraved on the well.
Formerly called Maison Noble de Montudez, the castle has belonged over the centuries to several noble families including the Dalesmes Saint Clément or the Lassime, presidents of the Parliament of Bordeaux. They successively paid homage to the kings Louis XIV and to Louis XV (ceremony of vassalage of the domain to the king) .Moreover, the main door is dated to the reign of Louis XIV, 1655.
The wine-growing history of the Château is mentioned in the first editions of Le Féret. It is stated there that the vineyard was known from the 17th century. The quality of the terroir and the exposure to the hillsides of the vines are already underlined.
After some modifications at the beginning of the 19th century, (creation of acroterions masking the roof and the addition of two crenellated turrets on the front facade), the property gradually fell asleep. The entire building and land, without the necessary maintenance, collapsed until 2014.
Isabelle and Didier Gil were keen to wake up this sleeping beauty. Much work is then undertaken to highlight all the strengths of the field.
In 2014 and 2015, the Château underwent the restructuring of the vineyard and the creation of a cellar and a vat room. In 2016, the outbuildings will be rehabilitated. In 2017 and 2018, the Castle, the park, the meadows and the woods are completely renovated.
After 8 years of major work, the estate regained its former glory in 2021.

The eponymous cuvée of the property, is part of the classic register of great Bordeaux wines, at the same time powerful, structured but also smooth with silky tannins conferred by the ageing in oak barrels during 1 year.