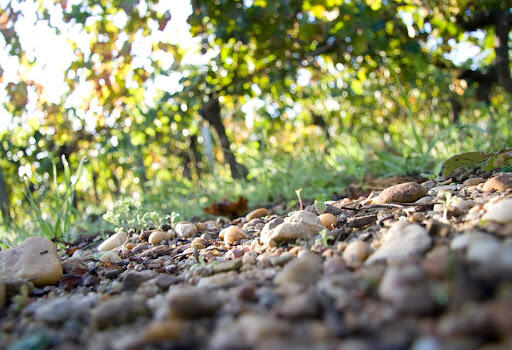 On the palate, the wine is initially supple, seduces by its roundness and balance combining freshness and fruit. A very pleasant wine.

The first six months of the 2016 grape season turned out to be particularly rainy and warm, replenishing water reserves in the soils which would serve the vines well in forthcoming months. Which was just as well as sunshine set in for the long haul from mid-June, bringing very dry weather until the end of the harvest. The combined effect of available water supplies and favourable temperatures – not too excessive during the day and very cool at night – played an important role in developing the fruit and their aromas during ripening.

Driven by our determination to make wines of only the highest quality, for the first time we trialled densimetric sorting in a bid to retain only the ripest berries. Each parcel was effectively vinified « à la carte », in order to maximise the potential quality of the grapes, enhancing the richness and concentration of the Merlot and the fruit precision in the lightly spiced Cabernet Franc.