Originally called Château Terrefort, named after the former manorial estate on which it is built, Castle Dillon was probably built in the early 17th century, on the site of a noble house dating back to the Middle Ages. The oldest known owner is Henri de Laussade, whose widow bought vines from a plowman in 1596. These were probably white grape vines, the most common at the time in Médoc.
Various owners will follow one another until 1754 ...

A NAME FROM IRELAND
On July 29, 1754, the estate became the property of Robert Dillon. The latter came to Bordeaux in 1753 to take charge of the business, most of which was linked to the city of Bordeaux, of his deceased brother. He likes it there and settles there with his wife and their children. His success in banking enabled him to acquire both a house in the city and a property in the countryside, the Château de Terrefort. Decided to stay on Bordeaux soil, Robert Dillon was made, a month before the purchase, recognized as a French subject by King Louis XV. He died suddenly in 1764 and the property was partly confiscated by the state in 1792. One of Robert Dillon's sons succeeded in reconstituting the estate by buying back the plots confiscated until 1806.

Once again, the property will pass from hand to hand until 1829 ...

FROM NEW ORLEANS TO BLANQUEFORT
On October 13, 1829 François Seignouret became the new owner. Originally from Bordeaux, he built his fortune in Louisiana by creating furniture adapted to the needs of the large residences of Louisiana. Anxious to keep in touch with his country of origin, he often returned to Bordeaux and embarked on numerous real estate transactions which led him to the Terrefort estate. In 1830 he founded a wine export firm and transformed his cabinetmaking workshops in New Orleans into cellars. He created the Château Dillon brand, a very judicious choice for a trade across the Atlantic, since the Dillons took part in the American War of Independence. In 1840, he commissioned the construction of the cellars with their three traditional Médoc gables. They were rebuilt after a fire,

He died in Bordeaux in 1852 but his widow was determined to prolong the action undertaken and the modest 7 ha wine property bought in 1829 became in 1890 a 125 ha estate, of which 52 were reserved for the vineyard.

Dillon remains in the hands of the Seignouret family through two successive descendants including Marie-Thérèse Filippini, the great-granddaughter, who inherits it in 1937. Widow of the Vicomte d'Arlot de Saint-Saud, she sells ownership to the Ministry of Agriculture in 1956 while the land has been leased since 1923 to the School of Agriculture, Viticulture and Horticulture of Blanquefort. 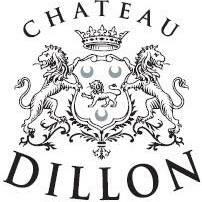