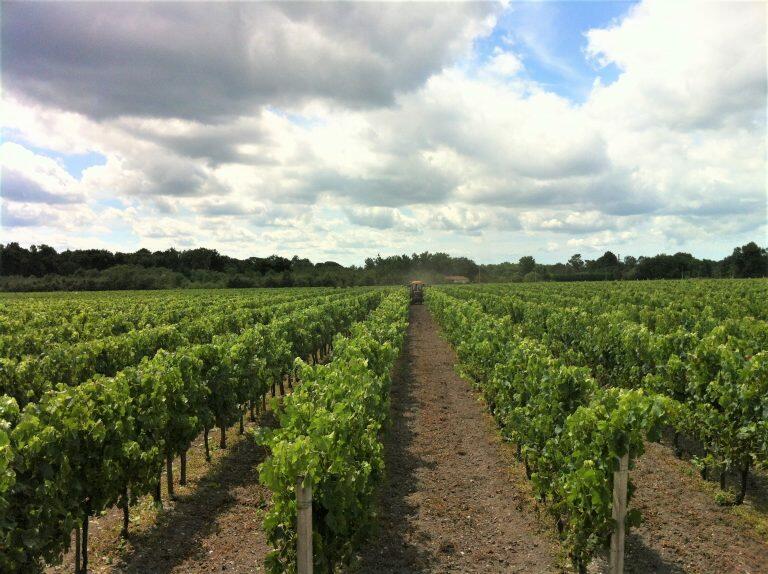 Enclosed in a peninsula in the North of Bordeaux, the vineyard of the Médoc wine occupies an exceptional status.

Following the Gironde on more than 80 kilometers, the region offers horizons highly varied, as well as a big variety of grounds.

These various soils make the wealth of Médoc wines where every property offers its own characteristics, so leaving to the amateur of vintage wines an infinite range of pleasures, so visual, as olfactive, gustative and even tactile.

Château Carcanieux has a surface of 40 hectares most of it dedicated to vineyard. Located in Queyrac on a hill named “Highlands of Carcanieux”, its soil is very gravely.

The many stones surrounding the Château came from its name carved on the fronton “Carcanieux Les Graves”. The vineyard consists of vines mainly planted in 1977 and which are renewed according to an intensive replanting program. The grape variety is composed of 45% of merlot, 40% of cabernet sauvignon, 10% of cabernet franc and 5% of petit verdot, with a reasoned work of the vine, the harvest in green to limit the yields and a stripping to enjoy the best of the sun.

It is said that the Lord of «Quarquanyus», descendant of Jean De Comps and vassal of the Count of Lesparre, refused to surrender on September 17, 1445 to the call of the seneschal of Guyenne, who recruited supporters for the King of France. A supporter of the English, after the defeat of Talbot, the castle was put under the king’s control and all exploitation was defended.

If the seizure was momentary or definitive history kept this secret…

The property has been owned by Vignobles de Terroirs since 2009.