It was a Parisian who created the Biston-Brillette entity in 1835 and it is our parents who reconstituted it after a few adventures. At the time, the place called Brillette had become famous thanks to the creation of Château Brillette by the Dupérier de Larsan family, whose ode, funeral signed by Malherbe, "Consolation à Dupérier", was a bestseller by era. In 1878, Château Biston-Brillette passed into the hands of Ulysse Daurat who faced the dreaded disease crisis, Oïdium and Phylloxera and its consequences.

When in 1936 the Lagarde family acquired Biston-Brillette, the property was divided up, but they bought the titles of Château Biston-Brillette and Château Biston, as well as five hectares of vines linked to the history of the estate. Twenty-five years later, Christiane Lagarde married Michel Barbarin and here we are. In fact, our parents started from a handful of acres. Their vineyard will extend from 10 hectares in 1970 to 20 hectares in 2000, before passing it on to us.

Jean-Paul holds a BTA in oenology from the Faculty of Montpellier and joined them in 1985. And me, Serge, after a professional experience in the industry, I gave in to the call of the vine and returned to the family fold in 1986.

During this period, rich in fine vintages, the cellars were modernized, the vinifications gained in precision and the wines of Château Biston-Brillette found their place in the catering industry and among the best wine merchants. At the same time, we have established a bond of loyalty with a clientele of amateurs in love with “author wines” and fond of direct contact with winegrowers who have a sense of hospitality. Direct sales constitute the essence of our activity and we have been pioneers in this area.

Today, we have integrated environmental concerns into our cultivation methods and increased the family estate to 26 hectares. This area allows us to continue working as a family. Guillaume, son of Jean-Paul, after a BTSA at the Lycée Viticole de Blanquefort joined the team in June 2017. The fourth generation of winegrowers is on the move. 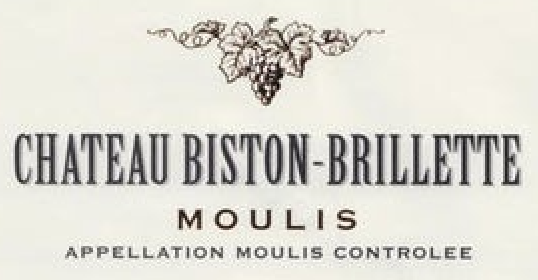