Created at the end of the 18th century, Château Bellefont-Belcier is ideally located on the south coast of Saint-Emilion, alongside Château Pavie, Château Larcis-Ducasse and Château Tertre Roteboeuf. Domaine Bellefont-Belcier originally belonged to a powerful Bordeaux family: at the end of the 18th century, Count Louis-François de Belcier had first founded the vineyard and then, at the beginning of the 19th century, built the château that he names Bellefont (diminutive of "Belle Fontaine", in reference to the many sources near the castle from the clay-limestone hillside).

Château Bellefont -Belcier is located in the town of Saint-Laurent-des-Combes in the Saint-Emilion Grand Cru appellation area. The vineyard covers 13.5 hectares of vines in one piece. It is divided into three distinct zones: the limestone plateau, the clay-limestone south coast, the clay-sandy foot of the coast.

On these different types of soil, we find the three great red grape varieties of Bordeaux in the following proportion: 72% Merlot, 17% Cabernet Franc and 11% Cabernet Sauvignon spread over 28 plots.

The average age of the vines is around 35 years.

The harvest dates vary depending on the vintage and we adapt our harvesting plan to the plot or even to the plot sector depending on the optimum ripeness of the grapes. The harvest date is determined by the combination of several physiological and subjective criteria, tasting the grape is an important step in our decision making. Our teams of grape pickers intervene by islet defined the day before for the next day. After a meticulous selection on the vine and in the cellars, the sorted grapes are transported to concrete vats. Fermentations are carried out without adding sulfur, a minimum dose will be added at the end of aging.
The vatting lasts about thirty days, the extraction takes place gently with punching down in vats and stirring in barrels. The juices are tasted every day. This tasting determines the day on which the marc is run off and pressed. The juices thus obtained leave (or leave) in barrels for their malolactic fermentation. The wines of Château Bellefont-Belcier are then aged in the same barrels for a period of 15 to 18 months at constant temperature in our cellar. The proportion of new wood varies according to the year from 30 to 40% with a balance of barrels of 1 and 2 years. At the end of the aging, the wines are bottled at the Château. 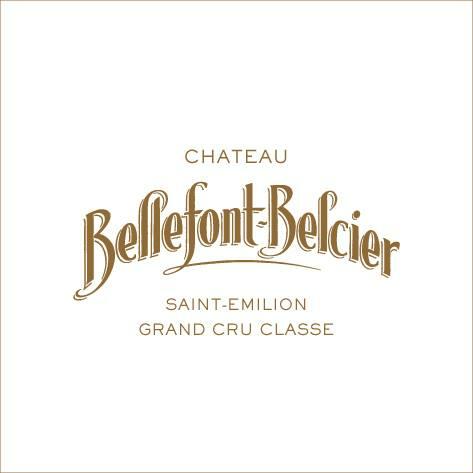