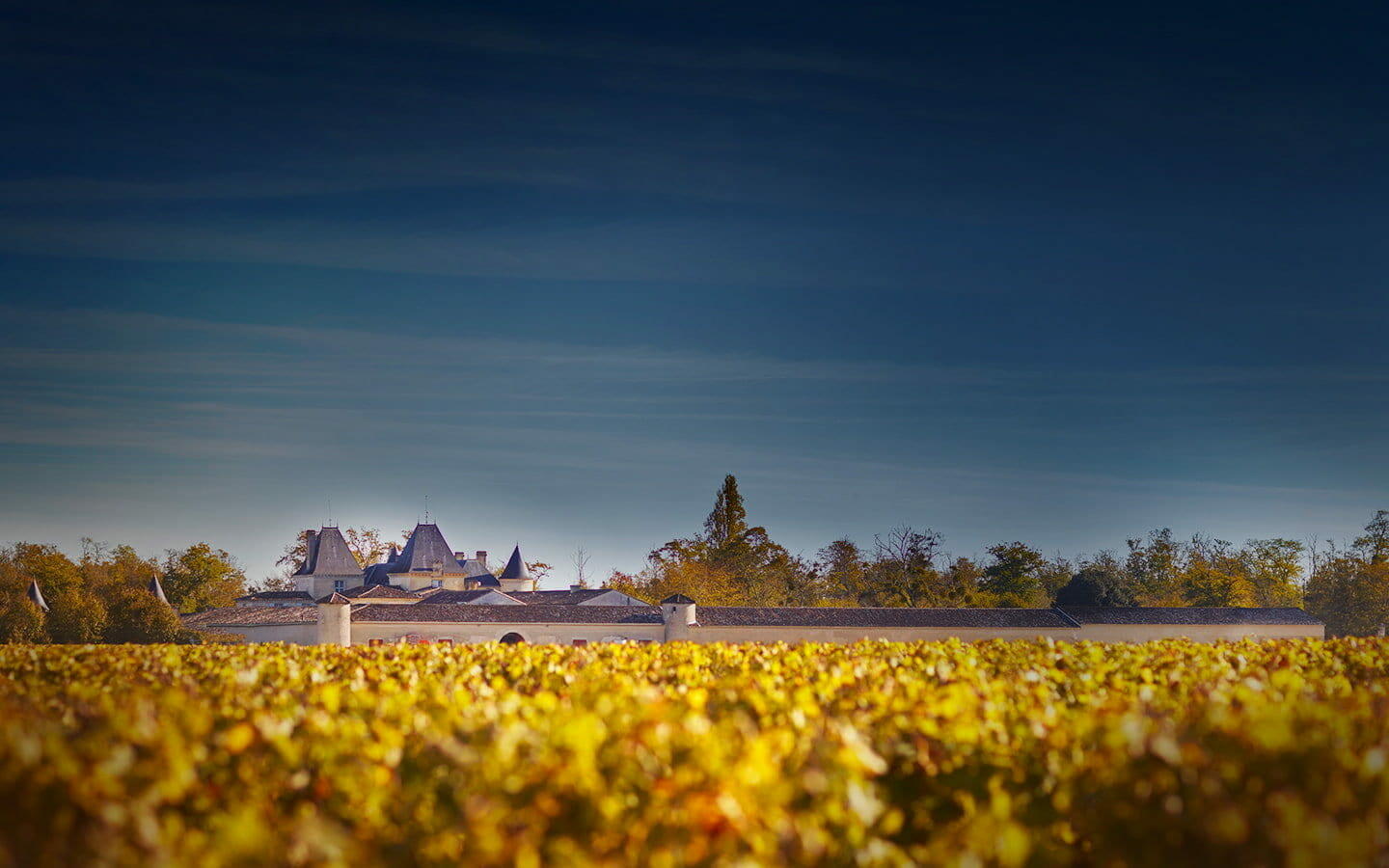 With an extensive life-span, it powerfully and harmoniously combines fruit and floral aromas with roasted and candied notes.

2019 was marked by a rainy late autumn and early winter, very mild temperatures and just one week-long cold spell during this period. Particular vigilance was required to prevent any damage from mildew after rainfall at the beginning of the growing cycle in April. The weather conditions during flowering, at the beginning of June, were mixed and we observed some coulure in certain plots. From mid-June onwards, temperatures rose sharply and we were faced with two heat waves, at the end of June and the end of July, which the vines fortunately bore well. On 26th July, a heavy thunderstorm with more than 100 mm of rainfall brought temperatures down and restored some water reserves to the soil. Ripening resumed in August, which was largely dry. The entire vineyard was very healthy.

The harvest began on 17th September and ended on 30th October, with a total of three selective pickings.The very dry weather in September favoured passerillage rather than Botrytis at this stage. On 17th September we began a first vineyard clean-up that lasted a week. We finished on 24th September with 32 hectolitres harvested. Around 30 millimetres of rainfall at the end of September triggered the start of Botrytis cinerea. Its development in our sector was slow and concentration was long in coming. As we resumed harvesting on 10th October, the highly satisfactory quality of the different batches, worthy of the finest vintages, was evident. As the selection was very meticulous and slow, and in view of the forecast rainfall, we decided to concentrate our efforts on our vineyard's great terroirs. This picking ended on 22nd October before heavy rains on the 23rd and 24th (more than 50 mm). We were able to resume on 28th October for a third and last picking, which ended on 30th October before more rainfall. Ultimately the yield was 7 hectolitres per hectare, with some very fine batches from the second picking.

A remarkable complexity and a golden colour reminiscent of the sun. With age the bright gold evolves into a dark amber colour.