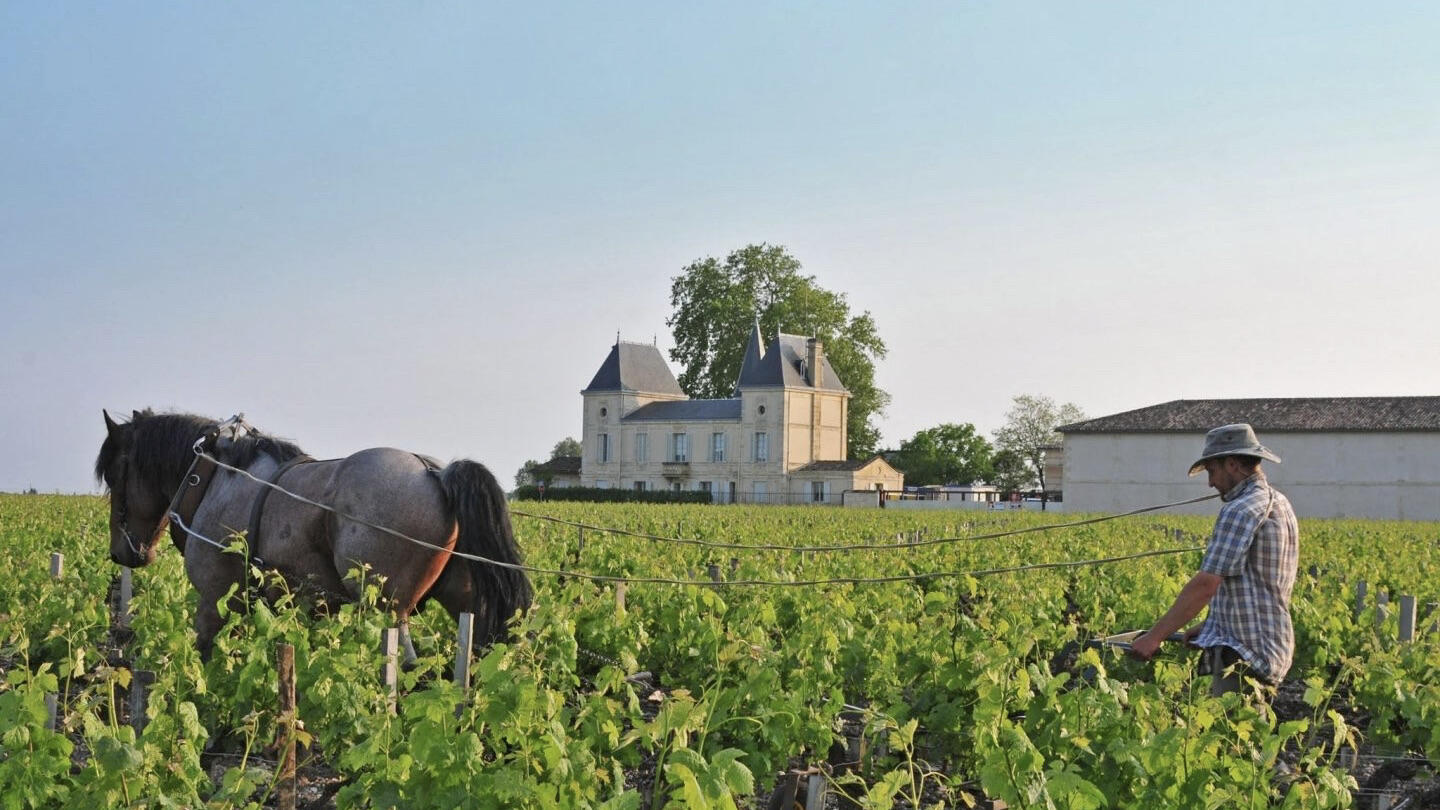 The acidity of the grapes was the dominant factor in deciding when to harvest our white grapes. We began on August 24th and finished on September 1st. When we tasted the batches, it appeared that our decision was the right one, as the acidity contributes to giving the wine great aromatic freshness and a particular persistence.

As in the preceding vintages, 2020 saw average temperatures that were among the highest ever recorded due to a series of heatwaves and an exceptionally dry summer. After abundant rainfall at the end of 2019, there was very little rain in the first quarter of 2020, 80 mm (3.15 inches) less than the thirty-year average. Winter 2020 stood out for its mild temperatures. Average temperatures were 3°C (37°F) above the thirty-year average and temperatures in February sometimes exceeded 20°C (68°F). Only four light frosts occurred in what was otherwise a mild winter. As a result, bud break was extremely early, from the 22nd to the 26th of March depending on the grape variety, approximately ten days earlier than average. The 2020 vintage promised to be an early one. The spring was also very mild. Temperatures in April were among the hottest since 1962. Flowering occurred between the 21st and the 26th of May, in excellent conditions. There were no signs of coulure or millerandage. The spring was particularly wet, which meant a greater risk of disease that we nonetheless managed to control (very few signs on the leaves and none on the bunches). The summer brought long and intense heatwaves between the 23rd of June and the 12th of August, as well as significant drought, with no rain at all between the 19th of June and the 10th of August. Ripening occurred between the 23rd and the 26th of July. It was only during the second ten-day period of August that rainfall helped limit potentially excessive hydric stress. Nearly 80 mm (3.15 inches) of rain fell on August 13th. In spite of the thunderstorms that followed, the rainfall did not significantly penetrate the soil. However, the storms did cause the temperature to decrease and limit sun exposure thus contributing to maintaining good acid potential in the berries. Conditions in September were also ideal for the grapes, with glorious sunshine by day, cool nights and only 14 mm (0.55 inches) of rain.

Pavillon Blanc 2020 is the result of a number of tastings during which the best batches were selected to make a subtle, pure and slender Pavillon Blanc. As we did these tastings, we reflected with some emotion the fact that we are celebrating the centennial of the Pavillon Blanc du Château Margaux, which succeeded the Château Margaux Vin Blanc de Sauvignon, produced since the 18th century.