On one side, the charming Romanesque church of the village of Listrac-Médoc. On the other, the three hectares of a park adorned with many trees, some of which are over a hundred years old.
And all around, vines as far as the eye can see.

Since 1810, shaped by the interplay of generations, each one having contributed to building its reputation, Château Fourcas Hosten has been extending its history to constantly reinvent itself.

Château Fourcas Hosten perseveringly cultivates the ambitious project of placing the property in the future. Equipping itself with the means to best express its terroir, the energy of an entire team is mobilized in a global process of improvement and transmission.

This vision takes on its full meaning through the importance given to the environment and the desire to preserve it for future generations.

Built in the shade of the village bell tower, the Charterhouse expresses the refined atmosphere of the 18th century. A real living space with a timeless decor, it is the heart of the property. It comes alive to the rhythm of family gatherings, where the simplicity of the welcome mingles with the elegance of the French art of living. 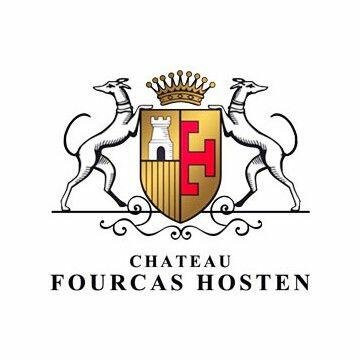