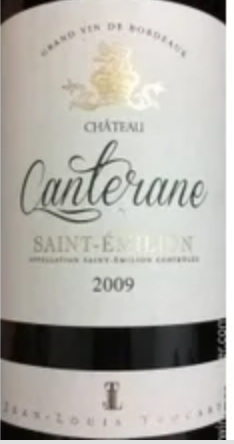 The 2018 vintage for Saint-Émilion was tricky in places but some exceptionally good wines were made. The growing season began benignly with a mild winter, however, spring than brought rain by the bucket-load. The heavy downpours inevitably brought problems with rot and diseases like mildew which producers had to be vigilant in mitigating. The clouds, however, eventually cleared and a baking hot summer ensued. The summer months were so hot and dry, they cleared away any lingering rot, and the full water table in the soils became a key resource in keeping the vines hydrated. The heat helped push the grapes to phenolic ripeness and although portions of the crop had been lost to the earlier bouts of rot and disease, the surviving fruit tended to be in excellent health. The harvest was carried out in fine weather and producers could mostly control their picking times to suit the varying ripeness levels of the grapes. Although there were some inconsistencies in quality, some excellent wines were made with the best tending to come from the soils which retained enough water throughout the dry summer months. The top wines were deeply colored and showcased rich, hedonistic fruit and high alcohol, which was finely balanced by on-point acidity. Occasionally, however, the pendulum swung too far and a few wines suffered from being overripe and unwieldy with excessive alcohol. The best examples, however, should age spectacularly well – as well as making attractive early drinking. Overall, the 2018 vintage for Saint-Émilion was largely very successful and one of its most attractive aspects was the sheer variety of wines at every price point, however, careful research will still likely prove beneficial.