Robust, rustic, powerful. These are the cellar-worthy wines of the northern-most commune, Saint-Estèphe. If you have time to let these wines unwind in your cellar, you won't be disappointed.

This northern-most commune in the Médoc is unique in that underneath its layer of gravel it has a deep layer of limestone and clay - this creates robust, rustic wines that need time in a cellar.

If you've got time, the evolution of these wines in bottle is not to be missed. It's also got some of the best Cru Bourgeois out there at great prices!

Château Cos d'Estournel - A Second growth situated just a stone's throw away, across a small stream, from super star First Growth, Château Lafite, this winery is considered a "Super Second" producing some of the highest quality wines in the Left Bank.

Château Montrose - The only other Second Growth in Saint-Estèphe, it is also considered by many to be a "Super Second". It took part in the Judgement of Paris in 1976 and received 100 points from Robert Parker Jr. for the 2009 and 2010 vintages.

Château Ormes de Pez - A winery with Cru Bourgeois status, which consistently produces high quality wines, however the prices are much lower than the classified growth.

Saint-Estèphe, like most communes in the Médoc, has quite a bit of gravel. However, what makes this area unique is the deep layer of clay - this makes for a cooler over all soil compared with some of the other communes.

This means that Cabernet doesn't ripen as easily and the result is higher levels of acid and very structured tannins. This means that many Saint-Estèphe wines might need a bit more time in your cellared before they are ready to drink.

Because of the cooler soils, Saint-Estèphe might be a good place to check for wines in really warm vintages.

That higher proportion of clay also means that more Merlot is planted here, as it ripens quite well on clay. So overall you'll see more Merlot in the blend, thought most wines are still Cabernet Sauvignon dominant. 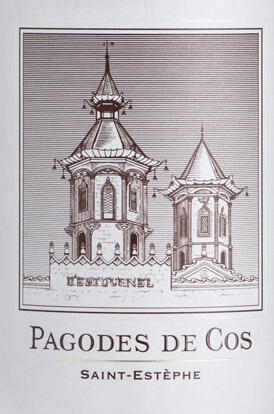